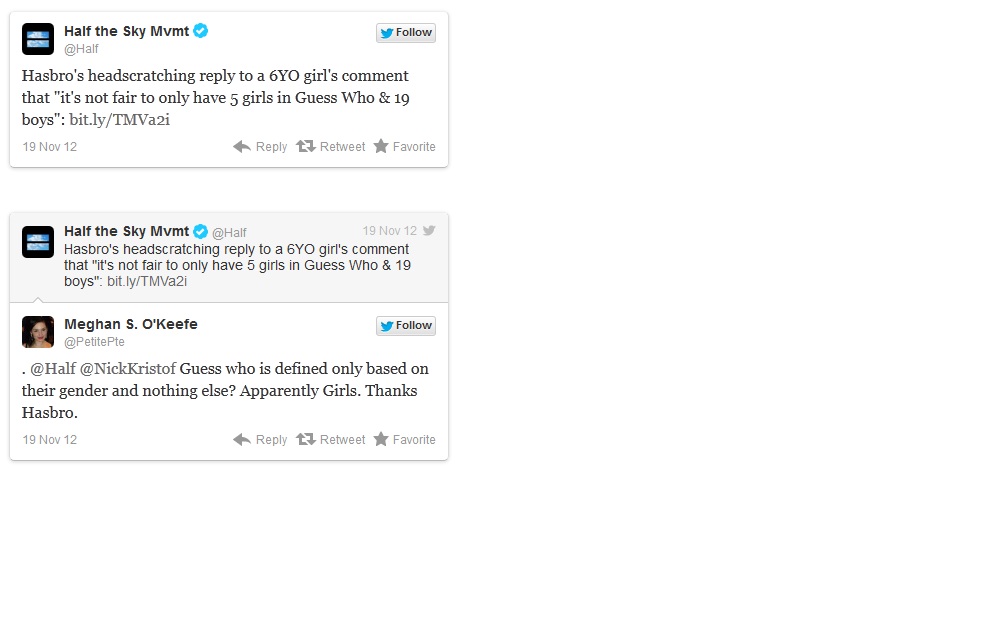 I previously wrote a post about the Tiger Bread Case, where a toddler wrote to a giant supermarket chain to voice her concern about the name used for a particular brand of bread. Now it seems the youngsters are at it again, speaking out against what appears to be obvious gender inequality in the game “Guess Who,” manufactured by the well-known and established toy company, Hasbro.

In her letter to the toy tycoon, a six-year-old (who remains unnamed), with the help of her mother, writes a letter to Hasbro demanding an explanation as to why there are more male characters than female characters to chose from in Guess Who. A valid question when you think about it, one that deserves a straightforward response. Unfortunately, Hasbro chose to circumvent the question by replying with a rather confusing response. The child’s mother not only re-responded to Hasbro; she took it to her blog to share their response, which received a large reaction from the online community. This forced Hasbro to send a new letter to the child clarifying their original response.

The point here, is not whether Hasbro was in the wrong or the real reason as to why this ratio of male to female characters exists, this is a great example of how customers are voicing their ideas and issues related to your products and services, and how organizations need to pay attention.

Hasbro, was quick to extinguish the social media fire, because they were actively monitoring popular social channels like Twitter. Let this be a valuable lesson to product companies who still neglect to place importance on multichannel customer service and social media monitoring.