So Your Product Isn’t Working, Salvage It 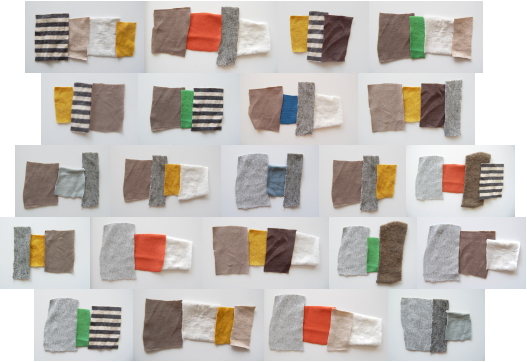 So Your Product Isn’t Working, Salvage It

The fact of the matter is that most developers need to be a success, it’s in the business model. The issue with this is that unless they have an idea worthy of the current market, they will presumably never end up successful. In the event that they do end up successful, they may not figure out how they got there in the first place. It sounds simple enough but often developers become successful without understanding what it is that brought them to that point. Was it their original idea? What people thought their idea would become? Or was it simply that everything else was moving the other way and this idea stood out? On the off chance that you need to make the most of your product, you ought to have a plan. Work out what your idea is worth, but define those components, make those the road to your success. If you tally up all the failed products and ideas you’ve had till now you’re bound to find a common thread, something to work from. Salvage your product, learn from its mistakes.

Stay Committed & Don’t Give Up, salvage your product

If you have an idea that you truly believe in, don’t abandon it. Simply take stock of how your product is unfolding and make the necessary changes to rectify issues as they come up. If you can’t get the idea to fruition, keep the best bits, rejig the lot and try again.

Owning a product has its highs and lows, that is guaranteed, it is the developers who stick it out & figure out how to overcome problems that are the ones who end up successful.

As a developer you will end up sooner or later in a failure statistic. In the event that your product is wavering between success and failure, it might help to learn just why your product is failing and what you can do about it.

This last one isn’t a major issue in itself. Truth be told, numerous developers view a crowded marketplace as a critical indicator of demand. The way to beating this snag is to separate your product from the competition. Regardless of whether your product has a particular theory or an interesting methodology, or changes some part of the traditional offers of your competitors into something bigger, better or more helpful, you can undoubtedly exceed expectations in a crowded market through differentiation.

One thing you should remember is there are no alternate routes to building an incredible product. You need to put time & resources into your product. If you fail to do that, whatever it is that you are trying to achieve will fail. But even if all the cards are stacked against you, there will always be valuable components of your project you can re-use, contacts, code, ideas, feedback. That is the fuel that helps you get closer to a successful endeavor.

Nobody is keeping you down. When you take personal responsibility for your success & begin actualizing the ideas you have, you will begin seeing the results you need.

Focus on your product, don’t give up & quit because it’s tedious or you haven’t seen the results you need. Keep in mind, a considerable lot of the world’s most successful developers started & failed numerous ventures before finally making it big. The experience of disappointment can give important lessons & bits of knowledge on what works & what don’t, & foster critical leadership development skills

Commitment is the key to your product success

In conclusion, keep your old tasks & your old ideas or unsuccessful ones, they will dependably be useful. Salvage your product and failed ideas for all the good bits you can gather from them. Having the capacity to decide if an idea is justified regardless of your time & energy is hard to do. Creative ideas are diverse by definition; it makes sense that we would battle to viably assess their potential when we first experience them. Every developer thought of as being a creative leader stumbled their way through awful ideas so as to get the lucky few that made their careers. Their ability to choose the great ideas from the not-so-great ideas is on-par with yours and mine. Salvage your product and learn from it, you’ll go as far as they have.