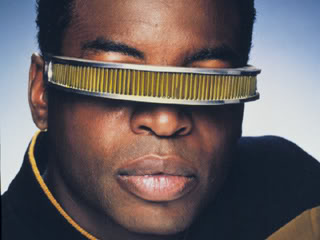 Google’s recent announcement of a portable HUD prototype is a master class in the importance of customer feedback. What looks like a simple call for public opinion has in fact gained the giant two very valuable assets: a wealth of deep-reaching feedback critical to their future strategy and the start of a shift away from negative perceptions that have recently attached themselves to the brand.

It wasn’t always this way. A company once famed for radical thinking, Google has suffered somewhat of a bashing of late. Between its internal (and now public) struggle over focus on products vs advertising, angry backlash from customers feeling corralled into using products they didn’t want in the first place (Buzz, Google+), or products seeming to lack requirements at all (Wave), Google has at best appeared misguided- at worst, pompous and arrogant. Google’s least attractive quality has been preaching to users that they needed products many clearly didn’t, and more seriously, coercing adoption through opt-out rather than opt-in policies. In short, Google seems to have assumed it knows better than the customer, and after a litany of very public failures, this has left their company image heavily dented.

ProjectGlass is the beginning of a seismic change. If the wearable HUD for civilians never saw the light of day, it wouldn’t matter a jot: the project represents a fundamental shift in the organisation’s attitude toward its customer base. By opening its innovative product prototype up to public scrutiny and inviting user feedback, Google has taken a key step to rejuvenating its image as a company which makes exciting products and, just as importantly, cares about its customers: sharing its vision and inviting conversation around it, rather than force feeding users a product that often fails to meet their requirements.

Though most will be unaware of it, their feedback on the ProjectGlass concept reaches deep into the core of Google’s mission. The concept opens a wider discussion about the permissibility of embedding electronic information even more deeply in our future lives: will we allow a constant feed of emails and entertainment to be in front of our eyes at all times (literally, every step of the way) or only when we’re sat at our desks or interacting with smartphones?

The resulting frenzy of debate happening across the media and social web is a source of information by which Google can guage the public’s reaction to how far their core product – the world’s information, organized – can be extended to fit their mission – to make information universally accessible and useful. ProjectGlass acts as a shortcut to gauge users’ opinions on the lengths Google can extend itself into our lives to make that information accessible. You can rest assured that the litany of wide-ranging feedback is being collected, crunched and analysed right to the top of Mountain View to inform Google’s future roadmap.

When was the last time a Google product announcement generated so much positive publicity – 10 million views on YouTube and countless glowing media articles in less than a week ? Google +? Hah. Buzz? Nope. Feedback surveys? Eh, you missed that major product announcement two weeks ago too?

Opening-up the process of product creation before launch allows you to do more than benefit from debate on the concept’s merits and weakness: encouraging collaborative input helps potential customers develop an affinity and attachment to your concept and its goal, creating a loyal community, in turn generating excited advocates and eventual consumers for the product when it launches.

Most importantly though, by soliciting feedback, Google is returning to a mindset in which it doesn’t always know best what the customer wants, and by demonstrating this humility, coupled with an exciting vision, they’ve generated excellent press and began to reverse negative brand perceptions – especially hard to do starting from a diminished position.

These lessons from Google can be useful to all product companies – especially those who have lost their way following less-than glowing product launches. Whether Google will adopt a similiar listening strategy and open debate around other concepts in advance of product launch remains to be seen: but if the reaction to ProjectGlass has shown Google one thing clearly, it’s that it pays to listen.

What do you think – does the announcement of ProjectGlass herald a new, listening Google? Can being more open to customer feedback really realign wider perceptions of a brand? Let us know in the comments below!