Social engagement and NBC’s “The Voice” 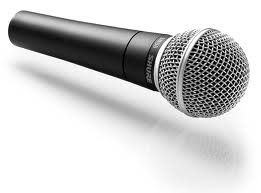 Posted by Catherine Constantinides on April 29, 2011 | Featured | No Comments

Social engagement and the web

The social web has had a tremendous impact on product development and has promoted increased collaboration and social engagement within organizations of every size, in every industry. Furthermore, the increase in availability of multiple social channels has dramatically changed the role of the consumer in the decision making process.

“The Voice”: Enhancing the development process through social engagement

NBC has successfully incorporated the fundamentals of product development 2.0, innovation, co-creation and social engagement to change TV viewing from a static to a 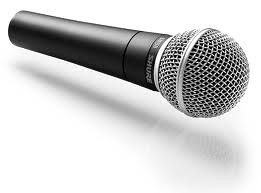 dynamic experience. They are reinforcing strategies that leading edge consumer brands have increasingly been using for a while—social media, collaboration, and customer feedback, which are crucial factors in the development of successful products. Their new TV show, “The Voice”, is capturing the essence of social engagement in a program about ‘singing talent’. Associating “the voice” with customer empowerment and engagement, the show incorporates many socially interactive components, which in my opinion, sets it apart from any other musical competition series/programs out there (look out, American Idol).

The format of the show is designed to make everyone (or all stakeholders), including, the contestants, judges, and viewers, actively engaged in the decision-making process by providing their feedback throughout the competition. Even the show’s title, “The Voice” has a “social 2.0” feel – it explicitly relates to the “musical voice” of the contestants and implicitly to “the voice of the customer.”

The show’s interactive elements revolutionizes the viewer’s experience and makes for an engaging one. Contestants can join the conversation and interact with viewers (or the community) in real-time and capture audience feedback, suggestions, opinions or ideas on how to improve their performances, throughout the competition. In addition, judges share their evaluations by tweeting out their impressions in real-time throughout the process.

1. Total stakeholder involvement: The product being developed in this case is the singing voice of the contestants. It is a co-creative effort that actively involves the close collaboration and interaction of all “stakeholders”, including, the contestants, judges, and viewers.
2. Customer empowerment: This is emphasized as the contestants, the judges and the audience are empowered to take an active role in the product development process. In his post, ‘The Voice’ to Have Strong Social Media Component, Philiana Ng quotes Paul Tedgy, EVP of Alternative Programming at NBC, who highlights the underlying theme of customer empowerment, and autonomy in this socially revolutionary TV Show: “We want our artists to be ambassadors for themselves…”

3. Continual customer feedback integration: It is well known that incorporating customer feedback throughout the stages of the product development process is an effective strategy. The show encourages continuous feedback from contestants, viewers and judges and integrates that feedback to improve the performance throughout the competition. Ultimately they will end up with a superior product that the market wants (the voice). This is something that has never been attempted by other musical reality shows. As Philiana Ng explains in his post: “The Voice would mark the first time NBC has allowed contestants on any of their competition series to engage with the viewers while on the show. Competitors on America’s Got Talent cannot engage with viewers while competing.”

4. Community engagement: The power of community engagement and the benefits of customer discussions are optimized to create a leading edge product. Through NBC’s website and social media channels like Twitter, viewers can create discussions around the performance of contestants and share ideas and suggestions for improvement. In the article, Philiana Ng explains: ‘The show will feature a “V-Room,” where artists can engage in conversations and talk to fans through social media” throughout the course of the competition.

5. Social engagement via the web: Social media monitoring is an important component in product development. In the article, Philiana Ng highlights the major role social media conversations play in this show: “…the four celebrity judges will incorporate real-time interaction and viewer feedback in their decision-making throughout the competition.” The judges’ feedback is in the form of ‘tweets’ which are displayed across the bottom of the screen during the show. This element, added to interactions and feedback of contestants and viewers, creates high levels of involvement and collaboration.

There is no doubt that the creative team at NBC has done their homework. The “Voice” truly brings together key elements that drive product innovation and social engagement.