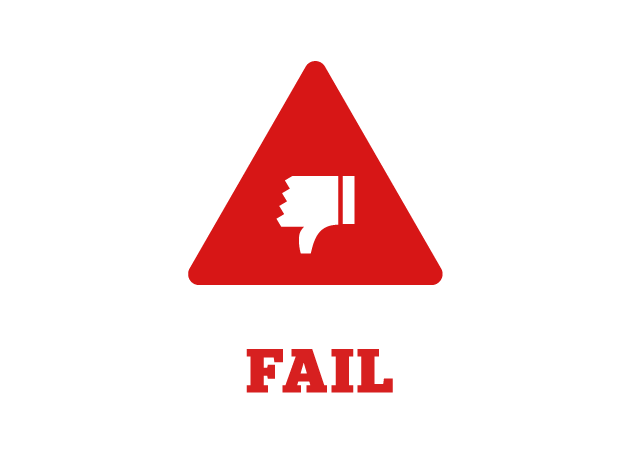 Too often, companies think they have thought of the next innovation that will revolutionize their industries, but turn out to be wrong. Last year, Sony thought they would revolutionize the portable tablet experience with the launch of Sony Tablet P. However, this backfired as users found that the foldable tablet was not user-friendly.

So what causes some products to succeed, and others to fail? While there is no magic formula, there are some common factors that will lead to failed products:

Poor assessment of the market’s needs

Many companies jump right into the product development processes without taking the time to fully understand the industry and market’s needs. An example of this would include Nokia and the Lumia 900 which they launched last year. If they had done a little bit more market research, they would have understood that their competitor’s phones had a much better screen resolution. Many companies rely on traditional customer surveys that lack in-depth information and studies conducted by traditional market research companies. These are not enough as customers needs change everyday.

For its biggest launch since Diet Coke, Coca-Cola identified a new market: 20- to 40-year-old men who liked the taste of Coke (but not its calories and carbs) and liked the no-calorie aspect of Diet Coke (but not its taste or feminine image). C2, which had half the calories and carbs and all the taste of original Coke, was introduced in 2004 with a $50 million advertising campaign.
However, the budget couldn’t overcome the fact that C2’s benefits weren’t distinctive enough. Men rejected the hybrid drink; they wanted full flavor with no calories or carbs, not half the calories and carbs. And the low-carb trend turned out to be short-lived.

Product are launched too soon and possibly flawed

When it comes to product launches, timing is everything, but only as long as the product is properly tested and it is sure that no issues will arise after the launch. When Apple released Apple Maps, it was full of errors, and called for the company to make a public apology. In an era where word about product can spread as fast as fire due to social technologies, it’s even more important for companies to ensure that their products are error free and truly ready to be launched.

There is no market for the product

A product may be new and revolutionary, while at the same time, not targeting a specific market. An example of this would be when Dean Kamen announced that he was going to release an “alternative to the automobile” a year in advance. When investors and the public learned that the product was actually the Segway, only a technologically advanced motorized scooter, they were dumbfounded. There was no real market for the Segway, and sales for this product were way below the projected number. Instead of selling 10,000 machines a week, as Kamen had predicted, the Segway sold about 24,000 in its first five years. Now it sells for far less to police forces, urban tour guides, and warehouse companies, not the general public. If there was ever a product to disprove the axiom “If you build it, they will come,” it’s the Segway.

The product or marketing message is complicated

If the use of a new product requires additional education and time spent learning it, customers may not want to invest in it. Companies should try to keep their products as easy-to-use as possible. If customers cannot figure out how to use it almost right away, chances are they will just stop using it right there. Likewise, if the public cannot understand what your product does in its marketing messages, the product will most likely not succeed.

For example, In 2004 P&G launched the Febreze Scentstories, a scent “player” that looked like a CD player and emitted scents every 30 minutes. The company hired the singer Shania Twain for its launch commercials. This confused consumers, many of whom thought the device involved both music and scents, and the ambiguity caused Scentstories to fail.

There are many new technologies that help businesses plan their product release. However, if these tools are disconnected from all the market opportunities out there, a lot of time can be wasted. Simply investing in a tool that allows companies to engage with customers, connect all stakeholders, assess market needs and plan product releases can help avoid product failures.

Source: All examples were quoted from this article in the Harvard Bsuiness Review.

Related blog posts:
Five Products That Failed in 2012
Why Was the Release of Call of Duty: Modern Warfare 3 So Successful?
Five of the Most Successful Product Launches in 2012