What is scope creep?

Posted by Catherine Constantinides on July 10, 2013 | Featured | No Comments

What is scope creep?

Scope creep is unpredictable, like a snake in the grass, waiting silently for the right moment to strike its prey, it may be detrimental to the health of your projects. If it not addressed and managed effectively it can be a real threat to your project management process. An initial understanding of scope creep is needed in order to effectively tackle issues it brings. 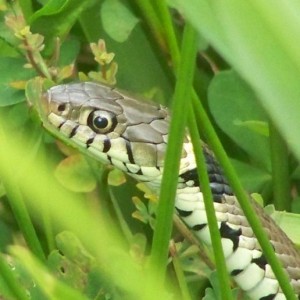 What is the project scope? A project scope is simply the defined parameters of a project. Often times, project priorities and needs may change or shift throughout the course of the project management process. Scope creep which is also referred to as feature creep or functionality creep, is the uncontrolled changes or continuous growth in a project’s overall scope. (Source: www.wikipedia.org) Though scope creep is a common phenomenon in project management, it is generally seen as negative and should be avoided or minimized at all costs.

The Project Management HUT provides some great examples of the impact that scope creep can have on your projects:

“A Project Manager told me about a problem she was having. Her management was asking her to create status reports for project that she was not involved in. She had to hold meetings and document information for four other projects. On average it probably stole 6 to 8 hours a week away from her real project.”

“You are developing a front end to an image storage system. The idea is to be able to store, annotate and reuse pieces of animation for video games. The trouble is you have 3 different studios that are giving input to it. Each group has a “gotta-have-it” set of features. These features are killing any hope of meeting the deadline.”
(Source: www.pmhut.com)

Like a ruthless python pouncing on a mouse, scope creep can sneak up on you and bite your project in the neck. With this in mind, what causes it?

Scope creep may be caused by some of the following factors:

Establishing a well-defined project that can easily adapt to changes along the way, will decrease the chances of budget overruns, missed deadline and overall project success.